A Memorial For Today is a reflection on how we pass our days and spend our most private moments in utter passivity, a chronic passivity we have apparently invited of our own accord. Our acceptance of this passive lifestyle has led us to turn a blind eye on other alter- natives, taking them for granted.We may either attribute our social “incongruities” to this individual attitude or simply seek to blame them on some alien element. 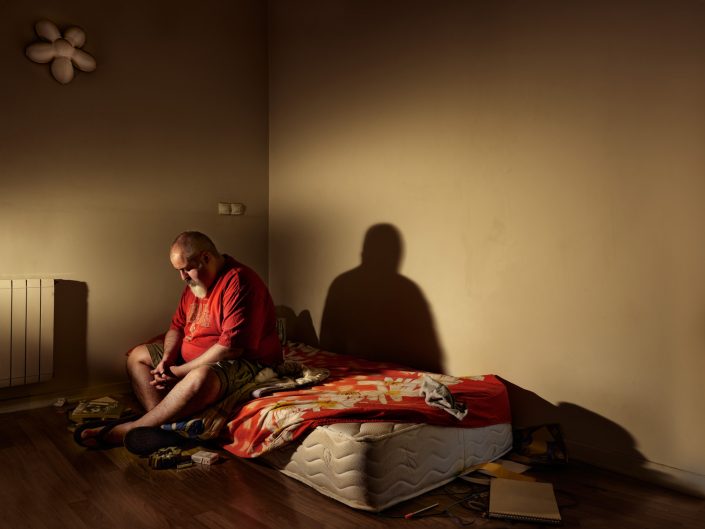 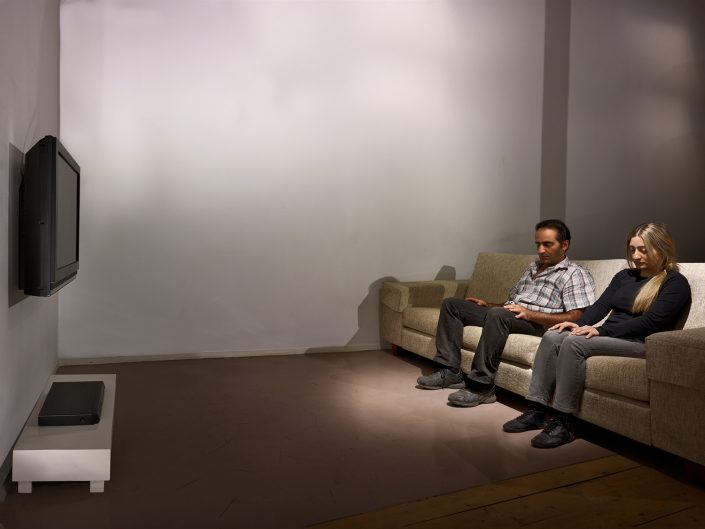 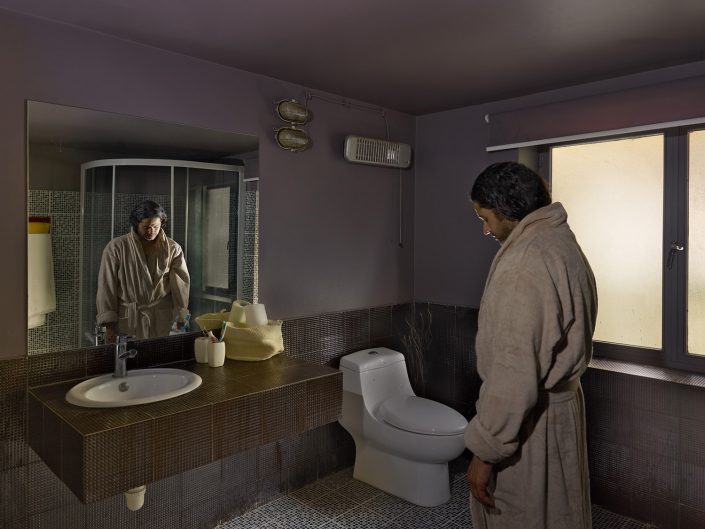 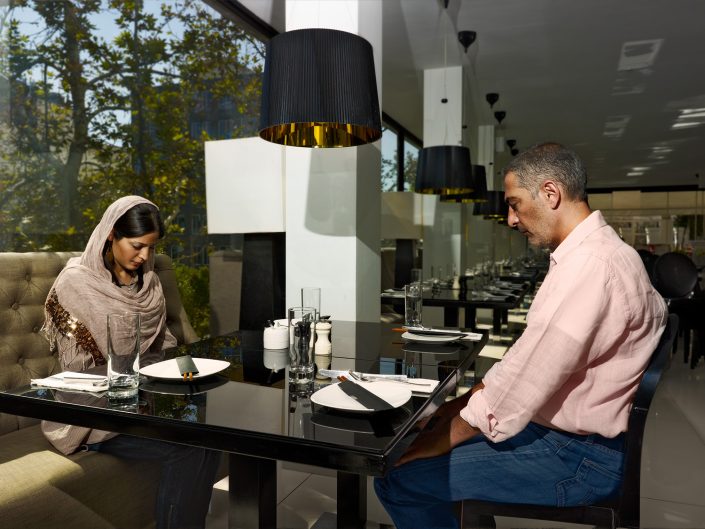 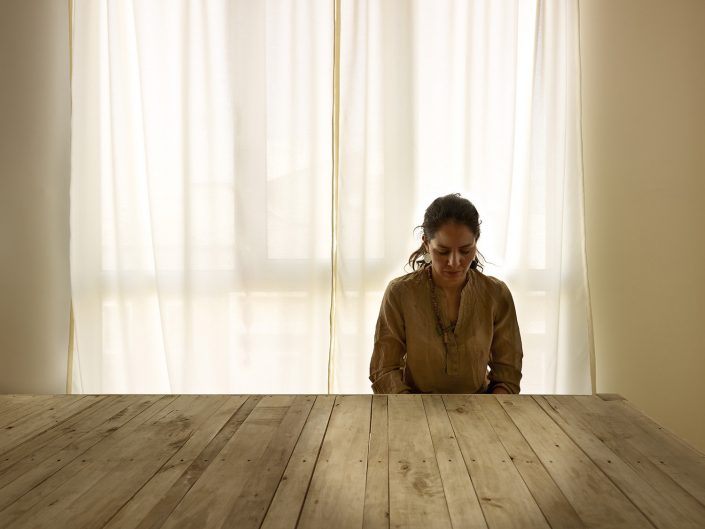 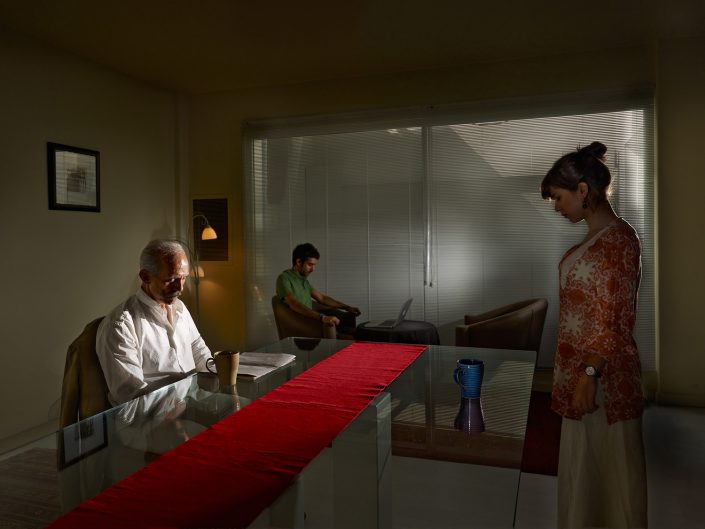 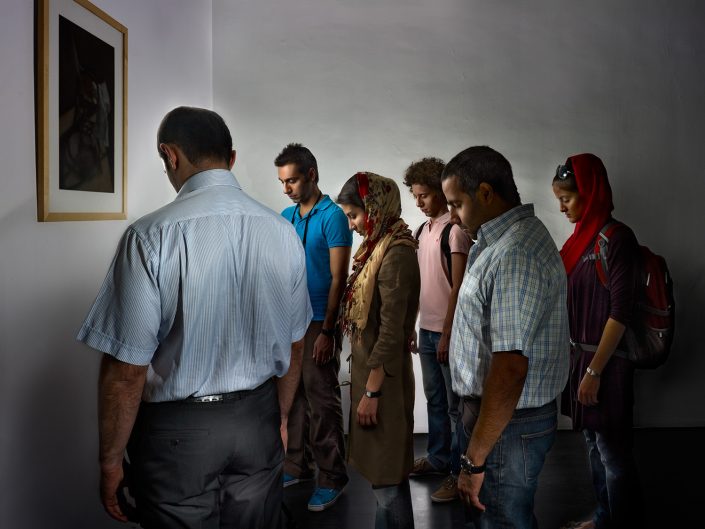 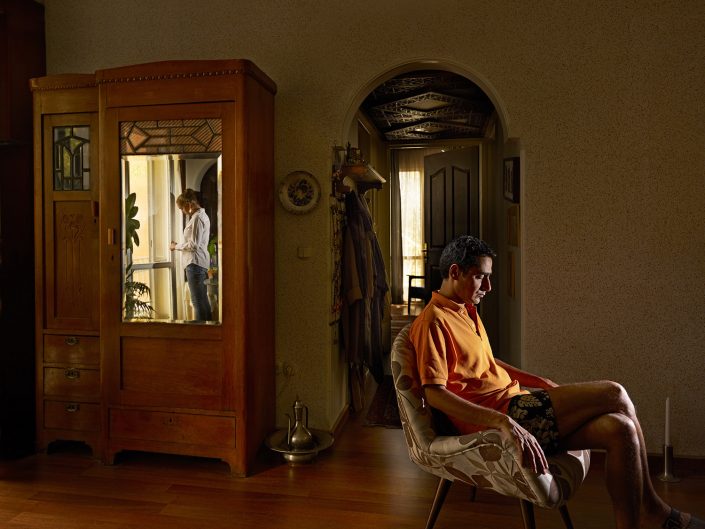 Alireza Fani has left a long way behind in a short time. All we can remember from his previous series include: bitter and illusive surrealistic imaginations, beaten up fish with deep cuts on their back scattered in sky or around the figures, explicit symbolism, beautiful illustrations using picture of glamorous young people wearing chador, scarf and blue jeans in illusory and expressive landscapes, high quality glossy photographs, nostalgic sepia tonalities, women in front of backgrounds decorated with large calligraphic Farsi letters and elaborated lighting. All of these remind us contemporary Iranian artworks that not only excite the critics and please the collectors outside the country, but also cause an earnest criticism – and, at the same time, complaining and jealousy – here, inside of Iran.

Now, in A Memorial for Today series, reality replaces fantasy and criticism of the external gives way to exploring the internal world; Fani substitutes contemplative vagueness for explicit symbolism. He moves from manipulated photography and photomontage to staged photography. The series remind us of Jeff Wall and Gregory Crewdson’s works; Two most important and well-known staged photographers of the world with striking technique and quality, the first one is concerned about the social aspects of art, and the later›s preoccupation is the culture of his country.

As if people in this series – single, coupled, or in groups – exhausted of something unknown, has been frozen everywhere, in home, restaurant, or art gallery. The minimal spaces and lack of movement and interaction with the others and surroundings intensify the silence and stillness, and invite us to focus on figures exclusively. What›s happened? Why do they look like this? Is it because of a deadly poison, disseminated in air? Or is it a kind of ritual, repeating a holy name, a meditation, a sacred trance, or a deep contemplation? What’s the reason of this freezing that captures everyone in his/her most private moments; in bath towels looking at mirror, in home in front of TV set, beside of an empty table, and in gallery watching an artwork? The viewers must answer these questions.

We have left a long way behind too; we have departed commotions in streets, and have reached contemplation, or passiveness maybe!