Lexical Transposition
On the photographic works of Alireza Fani by: Ali Etehad, 2010
At times a traumatic memory hides itself through an unconscious mechanism, and based on a Freudian notion is replaced by a concealing memory, which although seemingly devoid of the agony of the original trauma, is intertwined through indelible, albeit hidden cords to that painful experience. Memories of this kind conceal ties which traumatize the subconscious mind, and one is unable or unwilling to accept that they exist.
The collection of photographic works by Alireza Fani generally comprises images in which women stand in open spaces, with bizarre, out-of-place and implausible objects positioned either in front or above them. In some pieces these objects are in the form of bone slabs, or animal horns, and in others dead or mutilated fish.
In the statement accompanying the “In Search of Illusion” series, the artist recounts having spent his childhood years either at his father’s farm or in the city. Nowadays he often remembers his childhood memories and the days spent on the farm; images which are entered into his photographic works: river fish, shards of bone left over from meals cooked by his mother and …
Bones, dead fish and horns either encircle the women in these images or pose as their body parts – often sexual. Why is it that these memories have become so accentuated? Is it not that they are in fact concealing memories which have replaced other ones? Those significantly more monumental and harrowing? If we agree with this presumption, then the presence of women in these images, especially with such poetic appearances would gain new connotations. A large slab of bone positioned in the place of a woman’s breasts, while a pile of bones adorns another woman’s head, resembling the Crown of Thorns1 A sliced open fish is resting against the covered body of a woman, masquerading as the female sexual organ, while a fully clothed woman ponders for a moment in the background, glancing in this direction2
Reading Fani’s statements we realize that as an artist he has perpetually been searching on a conscious level for a means of narrating the story of the personal life, a concept which when converted into photographic works, morphs into a reflection of social conditions which have embodied the artist’s realm, with components from traumatic experiences of that realm unconsciously translating into elements constituting his childhood memories.
Whereas in Fani’s previous collections these allusions presented vague and abstract notions of suffering, in his new collection – Tehran 88 Series – they have become
exceedingly real and tangible, both in the visual structure of images or in the choice of titles, which include specific time-space components. Although concealing memories constantly strive to conceal traumatic memories, the dimensions of the trauma are so dramatic as to render this attempt at concealment futile.
While the characters in the artist’s former collections were presented as lone figures standing in the middle of nameless deserts, with a corona of bones adorning their heads, in Tehran 88 they are placed in the middle of the street exposed for all to see; an exact experience witnessed by the city of Tehran in the year 2009.
Having lived in Iran’s sociopolitical context and following centuries of the tradition of Persian literary allegory, Fani’s countrymen and women will undoubtedly be able to easily decipher the conjectures embedded in these works and make the fish and bones embellishing the artist’s images their own.
Common features between Fani’s aesthetic apparatus and the inherent mechanisms of classical Persian literature are displayed in this way. From the tenth century onwards, having been subjected to extreme repression by the government machine, Persian poets created a special lexicon with inferences quite unlike those intended for the original terms. With such a lexicon having been entered into classical Persian poetry, audiences have gradually learned to treat these hidden inferences as literary codes which are deciphered during the process of reading.
Through the passage of centuries, this lexical transposition has turned into a literary tradition, with readers of Persian literature remaining adept at cognitive interpretation of the embedded codes to this day. With a view to such a classical model, Fani chooses new codes for reviewing his own history, ones which have existed in his own personal life, have lingered in his childhood memories and may now replace the artist’s present day memories. 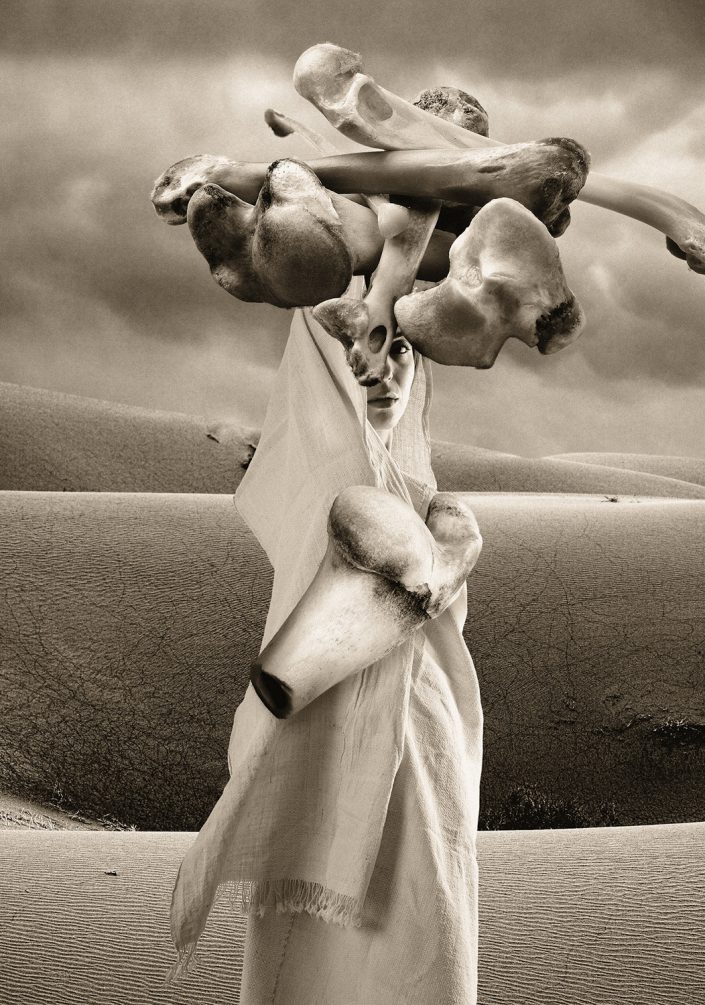 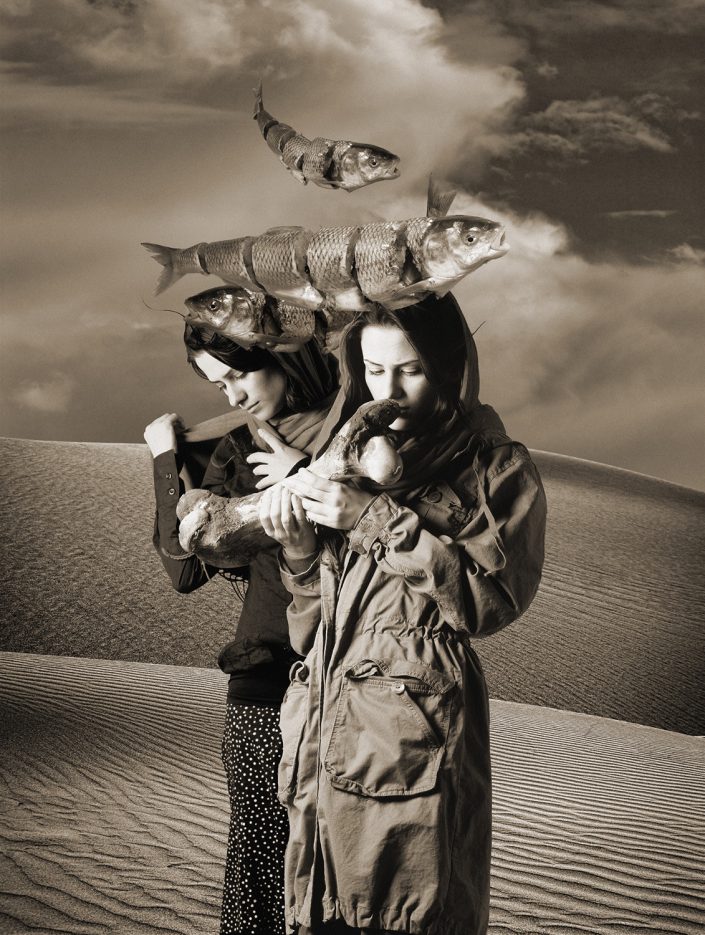 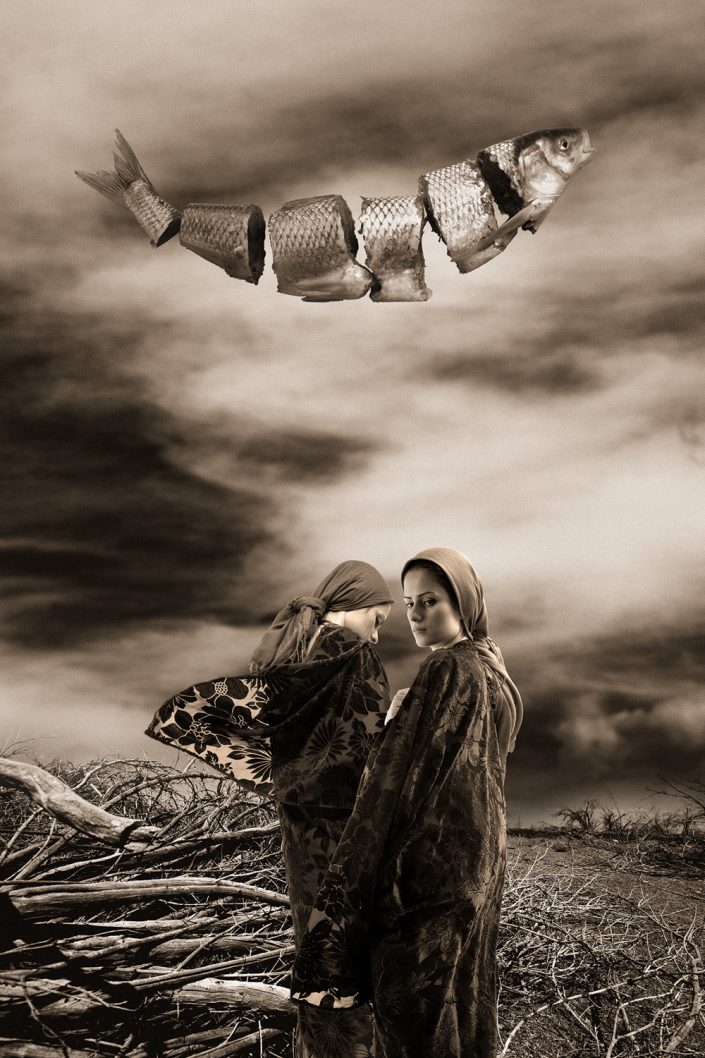 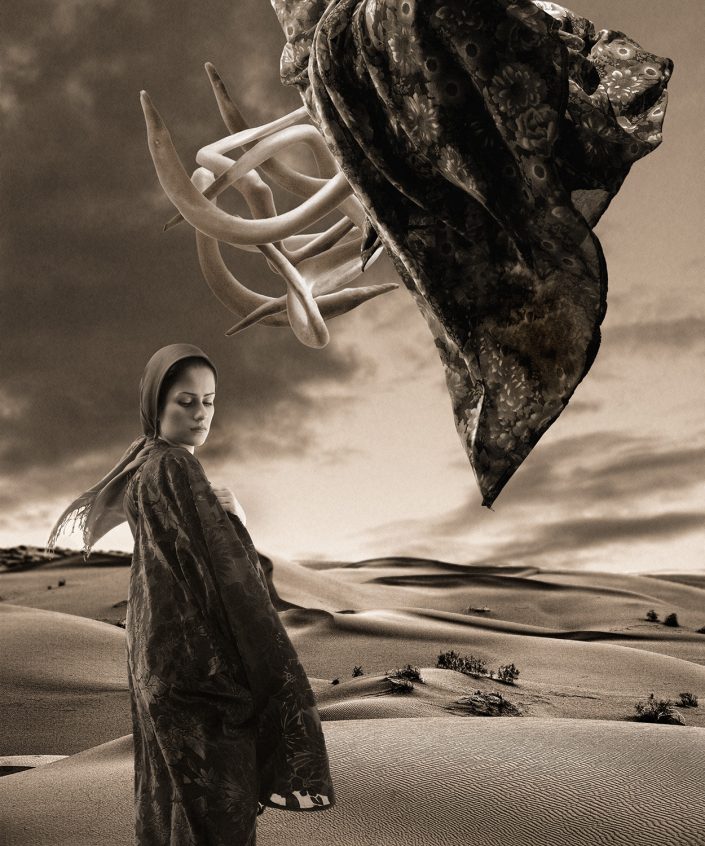 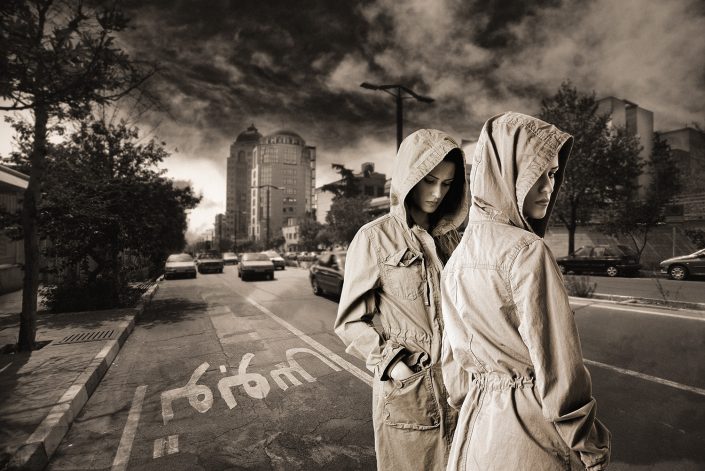 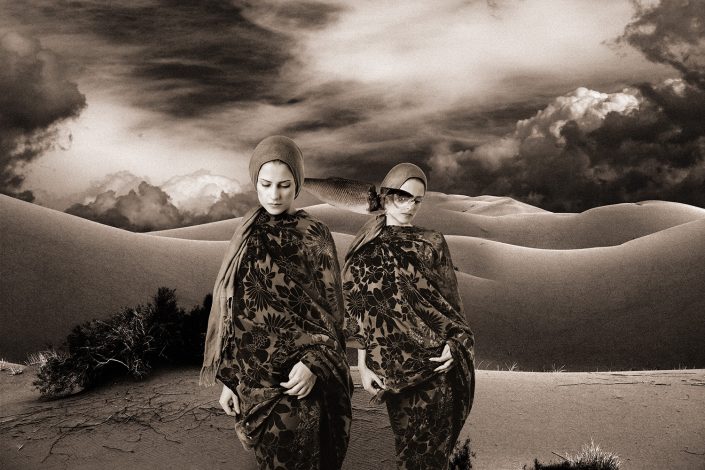 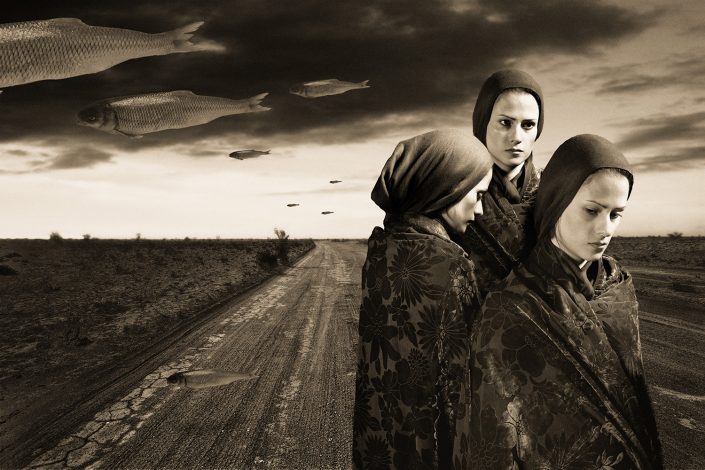 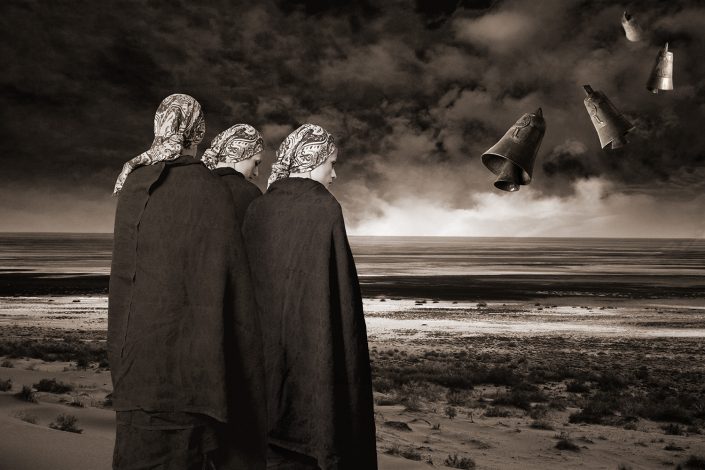 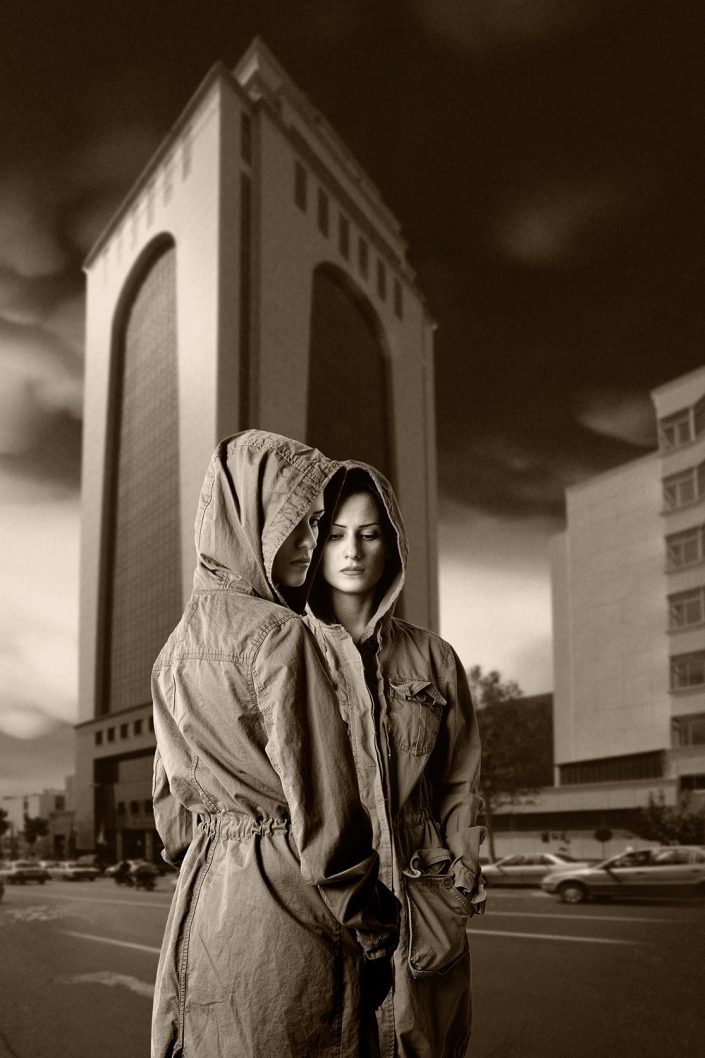 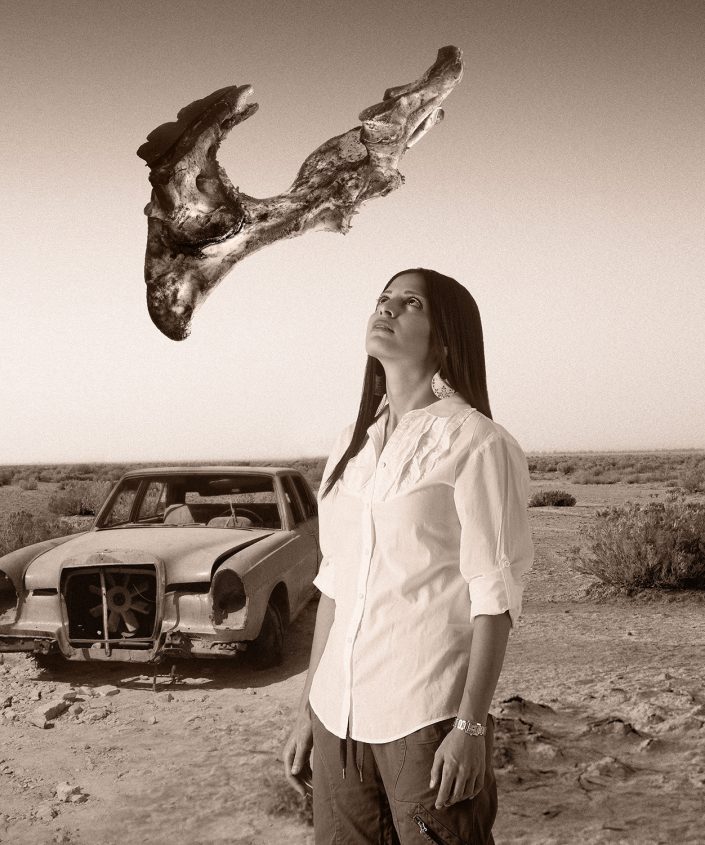